And the Baking Continues 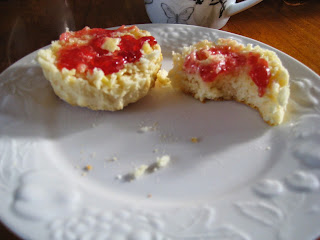 My baking activity continues.  Strange really, because it's not so much that I enjoy baking.  It's always been something that is done out of necessity to feed my little crowd rather than love of the activity itself.  I suppose we all have our own motivations, don't we.

So on Tuesday night I made a double batch of those chocolate chip biscuits you see, this time on the bottom of the pile.  Surprisingly I've not posted recipes for either of these biscuits, which make the most frequent appearances in our home.  They are my easy go-to recipes.  The chocolate ones are already a big recipe so that makes it easy to make a mountain of them.  We like mountains of biscuits....they last longer than a day.  Or a bought packet.  And there's nothing like homemade biscuits that remind children that Mum does love them....even if they're beside a boring jam sandwich in the lunch box.

At the risk of sharing a prized secret, I'm posting the recipe for the chocolate chip bikkies.  The recipe came to me thanks to the youngest child in our Pastor's family.  I don't think he realised this was meant to be a family secret and so he happily handed the recipe over when I asked him for it, some 20+ years ago.  I suppose it won't be any kind of secret anymore!  His mother got it when she was on a student exchanged in the US as a teen.  I've made this recipe so many times over so many years I don't even get the recipe book out anymore.  It is also easily doubled and turns out well without any adjustments to quantities.  Oh, and you can freeze them too.  You just sit them on the bench and let them come to room temperature and they'll be just like the day you cooked them.  Yum.

I love baking for my family - it does show you care. Will be trying these biscuits very soon!