The Roller Coaster of Growing Up

The past week has been a bit of a roller coaster at our place, between the two girls.  Last week it was going in to bat for a daughter who was struggling with undue pre-exam stress, and being willing to tackle some significant issues with people who are also colleagues.  This week is it the euphoria of the end of exams and the anticipation of being in VCE.  Then the grief of a close friend unexpectedly leaving our school.  Followed by the excitement of all the privileges of 'free periods', access to the VCE common room and beginning the journey with breakfast provided by the new Year 12 class.

Motherhood is difficult when you're watching a precious child suffering with a grief you've known yourself.  Knowing that it will be alright, but remembering that intense pain of the moment.  Wishing you could erase it completely and prevent that pain from ever happening.  These are the realities of life, though, and it is these circumstances that build within characteristics such as compassion, empathy, resilience and the ability to support others.

In all that has swirled around us this week I have had two real highlights.  A weekend away with a precious friend.  Sitting on the beach and chatting on a quiet Sunday morning was such a relaxing way to spend some time!  This morning, as I past the Year 9 room I looked in and saw tables arranged in a group together in the centre of the room with books weighting down some blankets, which were draped over the top.  The room looked like my house did when I had toddlers!  That traditional-looking indoor cubby house is indicative of the class in which Miss Mischief enjoys her days.  They genuinely enjoy the simple things of life together.

The Parenting Files: Keeping Your Identity 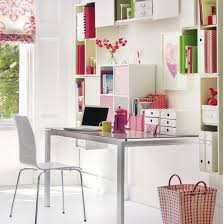 A few years ago I went on my first real weekend away.  I'd been on many a women's retreat.  I love them.  They are a great way to build community within a church and connect with women in a meaningful way, not to mention an opportunity to retreat from the normal responsibilities of family life.  There is not so much relaxing, however, when you're one of those running the thing!

So my first 'real' weekend away was about 3 or 4 years ago - just me and three other girlfriends at a beach house owned by the boss of one of the 'girls'.  I came home from that amazingly relaxing and wonderful weekend thinking "oh my goodness I am a nice person"!  In the midst of all that it is to be a wife, and the mother of three very normal (you know, ones that argue and fight with each other) children as well as responsibilities beyond the home I had forgotten who I was without my children.  I had forgotten that when I am not giving out instructions, refereeing arguments and dishing out discipline for non-compliant behaviour I am a great person to spend time with.  That whole weekend I did not once feel frustrated, angry, annoyed, exhausted or any of the other emotions I deal with on a daily basis as a result of being a mum.  Don't get me wrong - there is a lot of laughter and enjoyment that comes with having children, but if we're honest we'll all admit that motherhood is not without the other side of the emotional coin.

It's been a couple of years since we've managed to get away like that but one of those three girlfriends and I have plans again, in the very near future, to enjoy some respite from our busy lives and just stop.  My family was a little miffed when I was a little too enthusiastic about going away without them and why couldn't they come too?  The answer is that this is my little bit of respite in which I will rebuild some sanity and remind myself of who I am.  I think that at some point every mother needs to remind herself that sanity and identity can be rediscovered.

How do you stop, recharge and rediscover who you are?

The weekend has begun.  It kind of feels like we only just had one, especially given that I've only worked two days this week.  That feels a little bit special in the midst of a busy term.

This weekend we're caring for close friends' children.  Three of the children, anyway.  I have this 'rule' to do with visitors.  Not so much a rule, really as a way of honouring and blessing others.  The rule is that with family we don't usually do dessert, but for visitors we do.  My family all agreed that these gorgeous children should come more often.  Tonight we had Nigella's maple chicken (without the ribs!) with vegies and an apricot sponge for dessert.  Tomorrow night I'm making mango mousse similar to that which you would receive at the end of a Yum Cha meal.  I haven't quite decided what we'll have for dinner yet.  Whatever it is I'm certain the children will have some input, and will enjoy it.  They make cooking feel entirely worthwhile.

Their mother sent brownies and fresh-laid eggs from their chooks.  Even this non-sugar eater enjoyed a small piece as an antidote to one particular little student whom I decided I'd had enough of.  I can only say I love my boss and his 'angry eyes'.  I told him he has great 'angry eyes'.  We agreed he should keep them.  Apparently my angry eyes, of which my own children are afraid, as just not scary enough for my young student!

So.  Brownies, yummy food, a houseful of special children and the weekend is ON!  I may even get out my stitching again.  I have some time right now :)

What are your plans for the weekend?
Posted by Tracy at 20:03 2 comments: 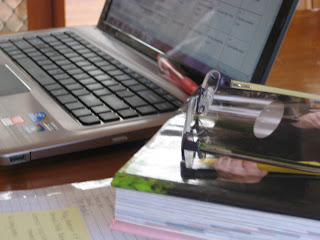 A long weekend with no pressure to study a single thing is just a little bit of treasure around here.  I had hoped I would end the weekend feeling oh so much better.  Alas that dream was not realised.  After a trip to the GP and bleeding a significant amount of money out of my wallet I'm still struggling along with this cold that won't get better.  On Monday morning I awoke with a throat infection.  On Tuesday morning I awoke with no voice...almost.  Miss Sunshine told me to "stop talking Mum, you sound like a sick mouse".  Charming, that one!

I feel alright - I'm just not yet truly well and I really do sound pretty funny.  Maybe tomorrow will be better?  In the meantime I'm in love with my antibiotics and the prescription-strength nasal spray that has indeed stopped the snot in its tracks.  Thank you God, for good medicine!

So, while I wait to get better I'm planning meals for the three children that are coming to spend the weekend with us so their parents can have some time away.  They love to be fed so it's always a rather gratifying exercise. 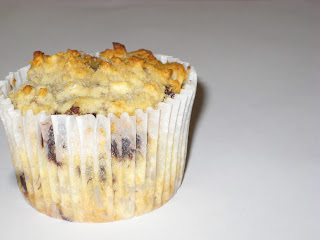 I have been doing a small amount of kitchen investigation.  You might remember that I mentioned banana and choc chip muffins that were far too sweet.  As it happens I'd not put in half the flour, as the white and wholemeal flours were listed separately.  I did think it was a runny mixture at the time!

Yesterday I wanted something quick for an impromptu picnic lunch, so I tried removing all the brown sugar and golden syrup completely and instead used two large soup spoons of honey instead.  They turned out beautifully, even with the use of gluten free flour.  A perfect end to a lovely picnic on the banks of the Yarra River in Warburton on such a beautiful warm, sunny day.  The recipe below is as I made it yesterday with a note with the original alternative.

What I love about these muffins is that with gluten free flour they have no cane sugar products in them at all.  The sweetness comes from the bananas and honey.  Although I use honey and maple syrup with reluctance they do not appear to give me the same symptoms as sugar.  I've popped these little beauties into the freezer for me to have one every now and then if I am craving something cakey and sweet.  It is a bleak future to consider that cake might be out of the question forever and ever!

The Smugness of Organisation 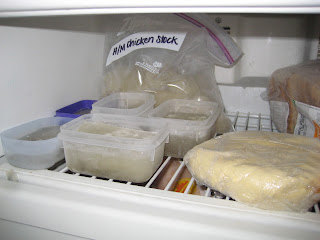 I don't know about you, but I'm generally a pretty organised person.  Being organised keeps me from panic, so it is often also the antidote to my husband's spontaneous nature.  So this week I'm feeling very smug and self-satisfied about my level of organisation.

Over last weekend I made some banana and chocolate chip muffins.  The recipe is from one of my sisters-in-law but I'm not completely thrilled with it.  It's too sweet...and not just for my non-sugar-eating tastebuds.  Even Miss Sunshine said they were too sweet.  So I'm going to reduce the sugar and golden syrup and replace some of it with honey next time.  I think that'll work well.  They were in the freezer, until Miss Mischief took the last one for school this morning.  Sorry - no photo forthcoming on that front.

The photo above, however, is evidence of the other terribly organised things I've managed.  I made real chicken stock overnight on Saturday in the crockpot.  Some was used on Sunday, and another meal through the week.  The remainder has been frozen, as you can see.  Some in ice cube trays and some in larger blocks.  They'll all go into the labelled bag.  Every time I open it up to get some out I just know I'm going to feel good about that one!

The pale disc beside those blocks is pastry.  I love Maggie Beer's sour cream pastry for both sweet and savoury dishes.  It is just perfect and light and easily and quickly made in the food processor.  A couple of moments of wizzing in there and it's all done.  Given it requires 125ml of sour cream and the container has 250ml I tend to make a double batch and use all the sour cream.    Next time I need pastry I am but a footstep away from pulling it out of the freezer.

And finally, I am feeling relieved and excited that my final exam for the year is over and I have a blissful three or four weeks before I begin summer school.  I feel like it went OK.  Time will tell!  I have done my two exams at a school down in the suburbs with a couple of other fellow students.  It is always so very good to catch up with them and have a real-life, face-to-face chat.  It is far more relaxing to drive a half hour to the edge of the suburbs than to drive through traffic into the city!

Now...a four day weekend with no responsibilities to attend to other than relaxing!
Posted by Tracy at 14:04 2 comments:

You know what?  Summer arrives next month.  All the warm days must have made my brain go into overdrive.

I'm still looking forward to a completed exam and a lovely long weekend.  Who wouldn't?
Posted by Tracy at 13:08 No comments: